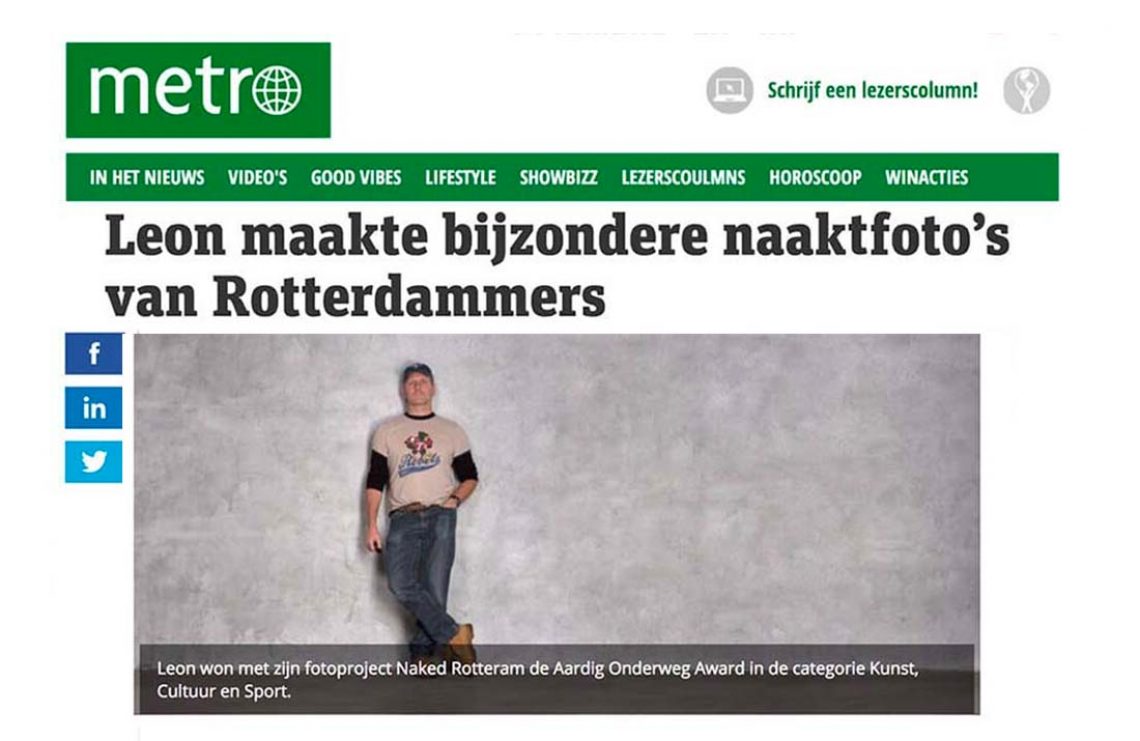 Three special initiatives from Rotterdam and the surrounding area recently received the Aardig Onderweg Award They can invest the prize money of 12,500 euros in their initiative. In addition, these winners compete for the audience award. Leon Schröder of Naked Rotterdam won in the category ‘Art, Culture and Sport’.

How did you react when you won?
That’s nice, I thought. It’s so hard to compare. The other two projects that were nominated were also very cool, but completely different. It was a surprise what the jury would choose.

How did the idea for Naked Rotterdam come about?
I teach at the Haagsche Hogeschool and at the same time I am doing a master’s degree in photography. For that training I have to do a graduation project. I liked Greg Friedler’s Naked series in which he photographed people dressed and unclothed in four world cities. The underlying concept captivated me. When I learned not much later that Friedler committed suicide in 2015 at the age of 44, I wanted to pay tribute by adding a fifth book to the series. I contacted his family and they were immediately enthusiastic. His father even comes to Rotterdam especially to receive the book.

What makes Greg Friedler so special?
Among other things, the nude photography of the American artist appeals to me. You often see in nude photos that the woman looks away and the man looks at her. In his work people look back. Quite confronting for the viewer.

What message do you want to convey?
In Naked Rotterdam I photographed 165 Rotterdammers aged 18 to 91. They are ordinary people who, despite sometimes very traumatic experiences, are happy with their bodies and accept who they are. I’m not a do-gooder, but it’s good to remember that our beauty ideal is not reality and that you really hurt people with it.

Why did you choose Rotterdam?
I had a feeling that the project could succeed here. In my eyes, Rotterdammers are open, sincere and no-nonsense. I thought, if anywhere people would get it, it would be in Rotterdam.

How did you get people to want to be naked in front of your camera?
If you ask someone: ‘Do you want to be naked in front of my camera?’, everyone says ‘no’. Until you explain what the project is really about. The book contains everyone’s motivation to participate. Some want to end a bad period and others want to tell their children that they don’t have to be ashamed of their bodies. Everyone has their own reason. It was a very special and especially emotional project. I did not expect the latter, but 99 out of 100 people have emotional bagage.

What will you do with the prize money?
I don’t know exactly yet. My dream is that as many people as possible become acquainted with Naked Rotterdam and Friedler’s work. For example, by buying the book that will be released on 13 May or through an exhibition where the photos of all 165 residents of Rotterdam are displayed.

What would it mean to you if you won the audience award?
I would love that. Then my dream is one step closer. 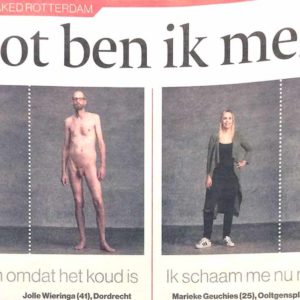 AD
Naked I am myself. Leon Schröder photographed 165 people with their clothes... 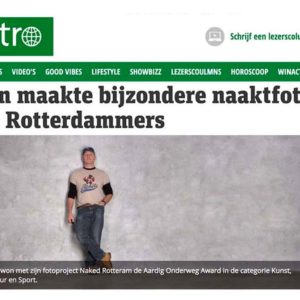 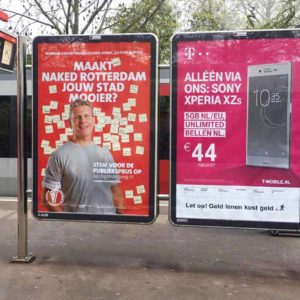 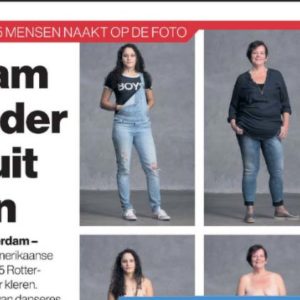 Algemeen Dagblad
Rotterdam is unquestionably going to be stripped of clothes. For art project... 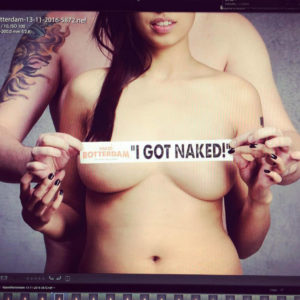 AD
165 Rotterdammers expose themselves to a photo book. Photographer Leon Schröder has... 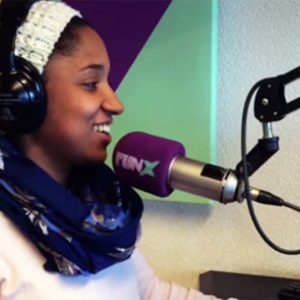