Home » Column Woertman » The days of bare breasts on the beach seem to be over. How did that happen?

“In the past, several types of breasts were labeled as beautiful. Now it is fixed down to the centimeter: breasts must have the right shape, the correct size and exactly the right curvature.” It once was the most natural thing in the world: vacation mode on, bikini top off. But nowadays we mainly see covered breasts on the beach. Do we no longer dare to expose ourselves? Professor of psychology Liesbeth Woertman and sexologist Goedele Liekens explain. “Since breasts signal fertility, we are pre-programmed to be attracted to them.”

We don't know what to do with the female body anymore

From browned bread rolls to white headlights. From modest mandarin oranges to mighty melons. Sometimes balloon-shaped, then banana-shaped or slightly tilted outwards. Gently wiggle or just firmly pointed forward. Still perky upright or already started the descent. Anyone who went on a shell hunt as a child, in addition to the coveted ‘couteaux’, was also guaranteed to spot a colorful collection of bare breasts along the coastline.

You can hardly imagine it now, but then it was quite normal: breasts came in all shapes and sizes, and no one thought twice about it. Not the beachgoers, and certainly not the proud owners. On the contrary, since Brigitte Bardot hung her top on the rock face of the French Riviera in the 1960s, topless sunbathing has acquired cult status.

In a piece of cloth

But beautiful tits do not last long, because in recent years they are a lot less numerous. Not just on the beach: even in sauna complexes, the swimwear days are gaining in popularity. In 2021 we apparently prefer to sweat in a piece of fabric.

Something miraculous is going on, says psychology professor Liesbeth Woertman. “On the one hand, the female body is extremely sexualized. Breasts can be seen everywhere: on the internet, on social media, on television. At the same time, we find it more difficult than ever to show our own naked body.” All the fault of the new prudishness, we read then.

The new generation opposes the previous generation and consciously opts for less exposure. That could be true, were it not for the fact that the re-entry of the tops made the piece of fabric at the bottom seem to shrink. Bikini bottoms sink deeper and deeper in the back between the buttocks, are cut higher and higher in the front. In addition, women have never been as sexually free-spirited as they are today.

“The question is whether it is really a matter of real prudishness,” confirms Woertman. “Do you know what it is? The female body is so sexualized that we no longer know what to do with it. In fact, we have all just become much more clumsy.
Thanks to #metoo, there is finally social and political attention for sexual misconduct, but it also caused restraint.

The clear boundaries are gone: on the one hand, everything is possible, and at the same time, it is not.” How come? There are various hypotheses for this, according to the psychologist. “The influx of other cultures, religions and moral codes may have made us consider naked less normal.” Another assumption is that more and more women are making their girlfriends a cup size smaller (or bigger) and don’t always want to make that known. “You only see that when they are naked: instead of lying down when you do that, they stay standing upright.”

Although we should not forget the dictator of the 21st century, says sexologist Goedele Liekens. King Smartphone goes everywhere with you these days, even to the beach. “You’re just going to lie topless on a towel somewhere, and someone will take a picture of you If we have to sunbathe for eternity on someone else’s screen, then rather with a piece of cloth around the best friends.

It doesn’t help that breasts are the epitome of female sexuality. “A man’s eyes reach the bosom in less than 200 milliseconds,” writes American author Leslie Lehr in her book A Boob’s Life.

“Because they signal fertility, we are biologically pre-programmed to be attracted to breasts.” In men, perception is much more strongly linked to sexual arousal than in women, Woertman confirms. The best example? Social media, where male nipples are rife, and female nipples banned.

Although #freethenipple also created a counter-movement. Their goal: to expose the inequality. Literally, because women have been stripping naked in droves to denounce the double standard. Celebrities like Miley Cyrus, Rihanna, Cara Delevingne and Lena Dunham have proclaimed with great pride that they have as much right to show off their torso as their male colleagues.

Olivia Wilde, Alanis Morissette and Chrissy Teigen have championed breastfeeding in public. It worked. Or partly, because in the meantime both Facebook and Instagram allow breastfeeding photos.

The beginning of a turning point, Woertman hopes. “The funny thing is that a naked body is actually not attractive at all. It only becomes sexual when we are on the borderline of revealing and concealing. The more you can show a body with all its functions, the less it becomes sexualized. Now take a pair of long legs. Appealing? Absolute. But what is really fantastic is that you can stand and walk on it. The same goes for breasts. If we see often enough what their primary function is – namely to feed babies – then we can return that meaning. Rather than one that is sexually coloured.”

Although we have to look for the main reason for the demise of topless sunbathing in the beauty cult. In the past, bare breasts were the symbol of freedom and self-determination. Today we no longer feel free and brash, but especially insecure when we parade around without a top. Liesbeth Woertman: “In the 1970s, topless was associated with liberation, joy, and the celebration of humanity in its entirety. The human body, but also your feelings, dark sides and insecurities. In this respect, today’s society has taken a considerable number of steps back. Internet, television, movies and media bombard us with nakedness, but always manipulated to perfection. This is possible within visual culture. There are no such bodies in the real world. Even the most beautiful girls and women have uneven bosoms, large nipples or dimples in their breasts.” The current ideal of beauty is very narrow, Goedele Liekens agrees. “You used to have ideals, but that was a collection: several types of breasts were labeled as beautiful. Now it is fixed down to the centimeter: breasts must have the right shape, the correct size and color of the areola, and exactly the right degree of curvature and curvature.” No one still lives up to that ideal.

In addition, social media has increased the pressure. Goedele Liekens: “At the time we knew: well, only a handful of supermodels look like this, and they also get a layer of photoshop. Today it seems like every normal woman walks around like this.” In short, the beauty cult and the advance of social media and the associated filters made us massively insecure. All those updated, picture-perfect images make us apprehensive that we look just that little bit slacker, smaller, skewed or more asymmetrical. So we keep that bikini top on. Because in a society that hardly tolerates imperfections, it is becoming increasingly difficult to show off ours. A shame, because it is extremely important for the next generation to see normal bodies, emphasizes the sexologist. To determine with your own eyes that asymmetry is normal, just like pits and pimples, spots and spots. “It is only when you see all the shapes and sizes that you realize how beautiful those differences are.” And that they should be seen. What do others think of that? We don’t care.

Behind the scenes NR 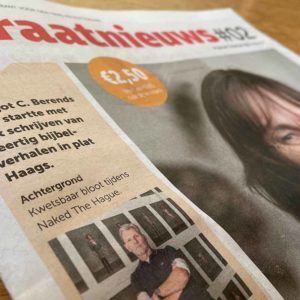 Naked The Hague in the Haagse Straatnieuws #02
Vulnerable nudity against perfection’ is... 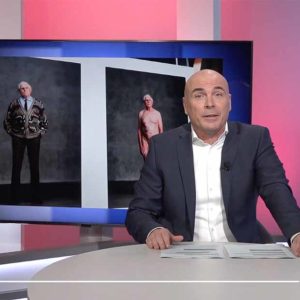 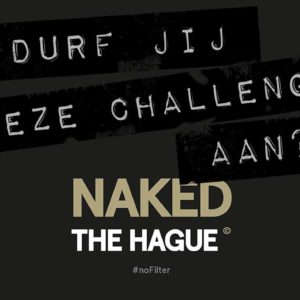 Preparations (6)
This is why a project... 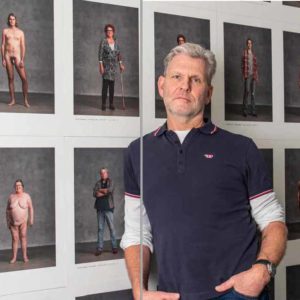 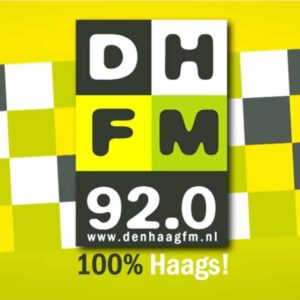 Preparations (4)
The Naked The Hague site... 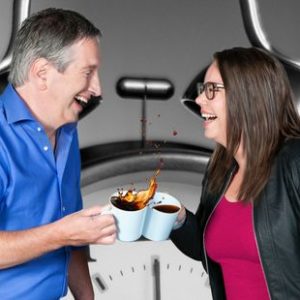 Naked The Hague at Radio West
During the radio program ‘West...